Grand Tour on Segway in the heart of Barcelona

Have you been riding in the wind? That’s what happens when you ride a segway!

This is one of the longest routes, about 16 kilometers in distance. But it’s easy, you are gliding on segway, not walking!

During Grand Tour on Segway you will cover one-fourth of Barcelona. From the historic part of the city, through the Olympic Village, along the coast, you will get to one of the most modern areas, with its skyscrapers and wide streets, not at all like its center.
After you visit the port of Forum, the youngest port of the city. A place of non-standard architectural solutions, various exhibitions of innovative technology and, at the same time, one of the largest concert venues in Spain.

Then, along the longest street of the city that runs diagonally and is named after it, you will get to the very core of the city, the intersection of all the main roads. From here you have a great view of the main attraction of the city, the Church of the Holy Family.
Finally, if you drive along Meridiana Street, named as it runs along the Earth’s meridian, you will reach an island of greenery in the stone jungle, the Citadel Park, where the local flora and fauna will surprise you with its diversity.

Grand Tour on Segway will show you:

Map of this route 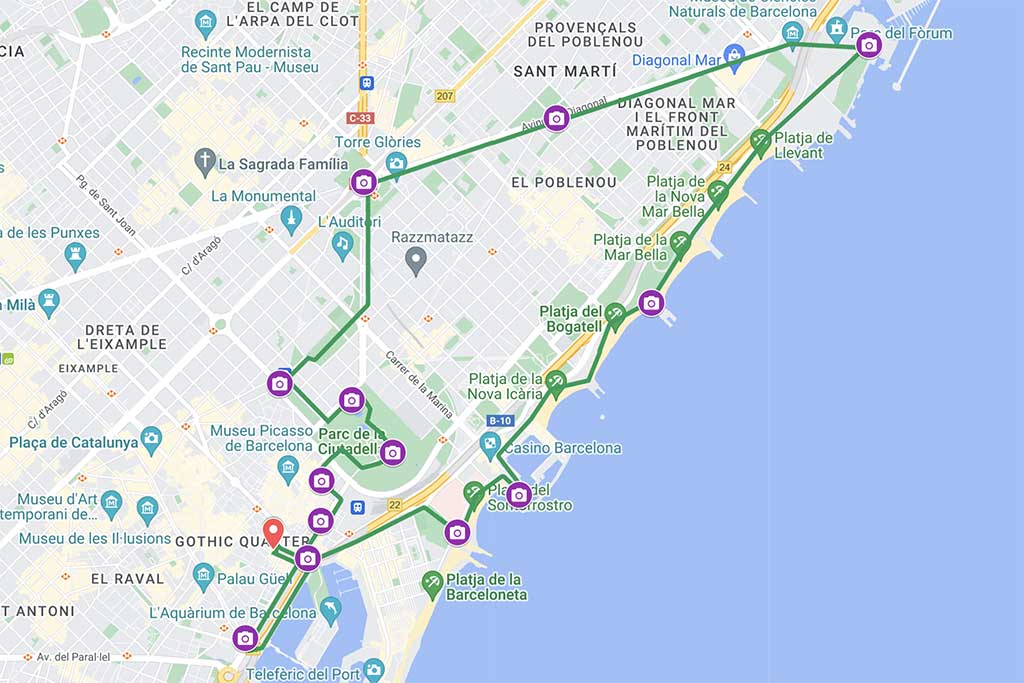 No deposit is required, you can pay in our office on the day of the tour. We trust our guests and hope that you will come on time. If you change your mind, let us know at least 48 hours in advance. This way you do not deprive others of the opportunity to take advantage of the available date.

If you have prepaid your tour, you must cancel at least 48 hours prior the start time.

For groups of 8 or more participants, the cancellation policy may change and is always included in the proforma invoice.